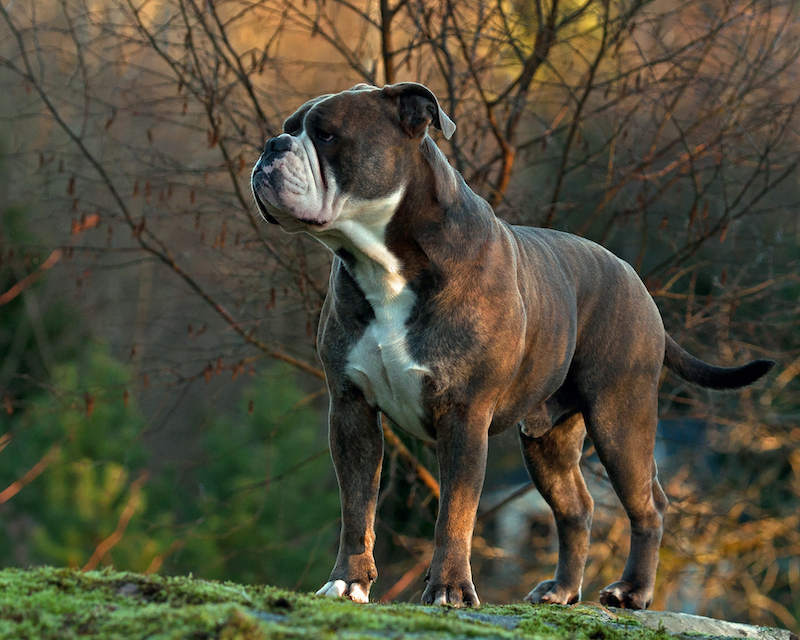 The Brazilian bulldog/buldogue campeiro is one of the rarest breeds of dogs in the world. It is commonly known as a Brazilian bulldog, but it may also be referred to as a Portuguese bulldog or a rural bulldog, and it comes with a history dating back to the 16th century.

In this guide to this bulldog breed, we will be covering the following characteristics that are related to the Brazilian bulldog/buldogue campeiro:

After reading through the topics, we are sure that you will become more interested in this particular bulldog breed and may even decide to get one for yourself!

History of the Brazilian Bulldog/Buldogue Campeiro

The history of this rare bulldog breed dates back to the 16th century, when ancient bulldogs were transported to Brazil by immigrants of Europe.

They were further bred in the hot country, and as a result, these dogs had to adapt to Brazil’s climate and the new lifestyle. A new breed of bulldog was formed.

The name “campeiro” means “related fields” or “fielder” in Portuguese. The Brazilian bulldogs were used in the fields to work cattle, and as the breed continued to develop, the height of these bulldogs went up.

Dogs with a low stature had a harder time immobilizing the cattle and traveling for long distances. However, they didn’t grow too tall since they would then be vulnerable to backward kicks from the cattle and their horns.

The dogs evolved into tough and brave animals that could capture cattle even in the roughest terrain. To do their jobs well, they had to travel for long distances, and the dogs that weren’t working in the fields were often used in slaughterhouses.

Inside the slaughterhouses, they were responsible for controlling angry bulls, and this required a lot of stamina, agility, and strength.

During the last century, the Brazilian bulldog/buldogue campeiro dog breed was threatened with extinction. In Brazil, the entire system of keeping and breeding livestock faced many changes.

The slaughtering of cattle also changed over to a new system, and the dogs were no longer required to do the work they once did. Even the previous tradition of men riding on horses and their working dogs became a thing of the past.

One dog owner by the name of Ralph Shane saved the day for the Brazilian bulldog breed. He was a bulldog breeder, and he took it upon himself to travel across Brazil and look for any surviving buldogue campeiros that were left on farms.

Mr. Shane collected many of these dogs, but he didn’t get enough to breed them. Instead, he came up with a bright idea and bred the Brazilian bulldogs with purebred English bulldogs that looked somewhat similar.

His goal was to preserve the working qualities and the natural beauty of the Brazilian bulldog/buldogue campeiro, and his approach to the situation was successful.

The buldogue campeiro is a medium-sized dog with a beautiful appearance and a powerful stature. It is a heavy and strong dog, especially when you take its overall size into account.

With a muscular body and a strong constitution, this breed of bulldog comes with heavy bones and a large head.

This is a sturdy dog that can handle a lot of hard work. With a robust build, he will need plenty of exercises since he has been bred to roam the fields and use his strength to perform difficult tasks.

This is not the type of dog that you would want to own solely as a lapdog, but he will make a great pet and will remain a faithful companion to you for many years.

If you love the outdoors, adventure and would like to have someone to share it with, the Brazilian bulldog/buldogue campeiro may be the perfect dog for you.

These dogs have a crooked, short tail, and the hair is short and smooth. They are available in different colors but are often seen with brown fur with white markings.

The fur on these dogs has a medium texture and is set flat against the skin. Although the animal’s fur is smooth, the Brazilian bulldog can withstand several temperature differences.

This dog breed has a powerful jaw, a muscular and strong neck, a broad chest, and a wide snout. The sturdy front legs may tend to turn outwards slightly from the large chest. This dog breed always looks ready for the next activity that will come its way.

The standards for this breed of dog include the following:

The buldogue campeiro is known for its loyalty to its owner and its ability to adapt to various situations.

Most of these dogs show affection towards children, yet at the same time, they make excellent guard dogs due to their courage and strength. It’s important to note, however, that they can be slightly jealous.

While loyal and affectionate to its owners, the Brazilian bulldog/buldogue campeiro breed is also wary of strangers. If you will have company over and the dog hasn’t met the person before, it’s best to introduce the dog and the person slowly and gently.

This bulldog breed is a quiet one and is not prone to barking unnecessarily. However, if there is potential danger nearby, he will bark to let you know that he is on high alert.

In general, you can expect a Brazilian bulldog/buldogue campeiro to be very easy to train and will demonstrate a high level of obedience. When you take the time to train the dog well, you can expect him to obey commands faithfully.

The Brazilian bulldog/buldogue campeiro has an average life span of 12 to 14 years. It’s important to remember, however, that this is just an average. Many dogs live shorter lives, and many live longer than 14 years.

Recognition of the Brazilian Bulldog

The Brazilian/Portuguese bulldog is nationally recognized in Brazil by the Confederagao Brasileira de Cinoﬁlia and the National Brazilian Kennel Club.

These are the only registries that recognize this specific bulldog breed in the world. This breed is very rare, and as it becomes more popular, it may become recognized by more registries.

The amount of food that a mature adult will depend on a number of different factors including the following:

Dogs are just like people in this respect since they all have different requirements regarding how much they need to eat. Most of the campeiro bulldogs today are moderately active with a medium-size build.

When looking for the best food to feed this bulldog breed, look for food meant for breeds that are medium in size, and have moderate needs for exercise.

If you do end up getting this type of dog, it’s best to consult with your veterinarian regarding the recommended brand of food you should be using.

Health of the Brazilian Bulldog Breed

While the Brazilian bulldog/buldogue campeiro breed of dogs are generally healthy, it is prone to getting specific health conditions like other dogs’ breeds.

Common health problems with these bulldogs include parasite problems and hip dysplasia. Otherwise, this breed is known to be healthy and strong.

It’s always a good idea to get in contact with a recommended veterinarian in your local area right away when you get any dog. He may offer helpful advice to help avoid any of these health conditions from occurring in the first place.

One thing that makes this breed of dog stand out from the others is how rare it is. There aren’t many these bulldog breeders in the world, and it can often be hard to find Brazilian bulldogs for sale unless you live in Brazil.

Your best bet to find one of these amazing bulldogs is to do a Google search to see if there is a breeder in your local area. Otherwise, you may have to look for a breeder that is a long distance away that would be willing to transport the dog to you.

There are many breeders nowadays that do provide long-distance sales of dogs and safely ship them by air.

Due to the breed’s rarity, you can expect to pay more for a Brazilian bulldog/buldogue campeiro than you would for another more common breed of bulldog, such as an English bulldog.

Once you see pictures of these Brazilian puppies, however, you may end up falling in love right away and decide that the extra cost is well worth it. Plus, you’ll have the bragging rights of owning one of the rarest dog breeds in the world.

Is a Brazilian Bulldog/Buldogue Campeiro Right for You?

In the past, Brazilian bulldogs lived on farms out in the country and roamed freely over long distances on large pastures. They were on constant alert to monitor the farm animals, and they did a remarkable job with their duties.

It’s important to note that these bulldogs were not afraid of handling large bulls and treated them without any signs of aggression. Much like a shepherd overlooks a herd of sheep, the animals were treated with respect and not viewed as enemies.

Fast forward to today when Brazilian bulldogs may play different roles including:

You can expect your Brazilian dog to be a faithful companion and is totally suited to play the role of your best friend as a pet. The breed has a wonderful character and will be completely devoted to the owner.

These dogs will also be loyal to any children in the family. In fact, many Brazilian bulldog owners report that the pets will patiently put up with excited reactions from young children.

With its guard dog abilities and powerful stature, this breed of dogs can fit into any family situation where a pet is wanted to guard the home. You can expect the best of both worlds when you own this wonderful animal.

If you live in an apartment and don’t have a backyard where the dog can get its exercise, you’ll need to take your pet for plenty of long walks.

You may also want to look for a leash-free pet park where your animal can run freely. Due to the breed’s historical background, they do need quite a bit of exercise and, of course, love.

One of the best ways to keep this line of dogs growing and prospering is to have many people interested in spreading the Brazilian bulldog/buldogue campeiro breed worldwide.

There are still many countries that don’t have breeders, and many people still don’t have access to these amazing dogs. If you are interested in getting a Brazilian bulldog, it will help spread the word about this breed.

From a global perspective, it’s always a good idea to invest in rare breeds to keep the line going – especially when the dogs have a fantastic reputation and are beautiful to behold.