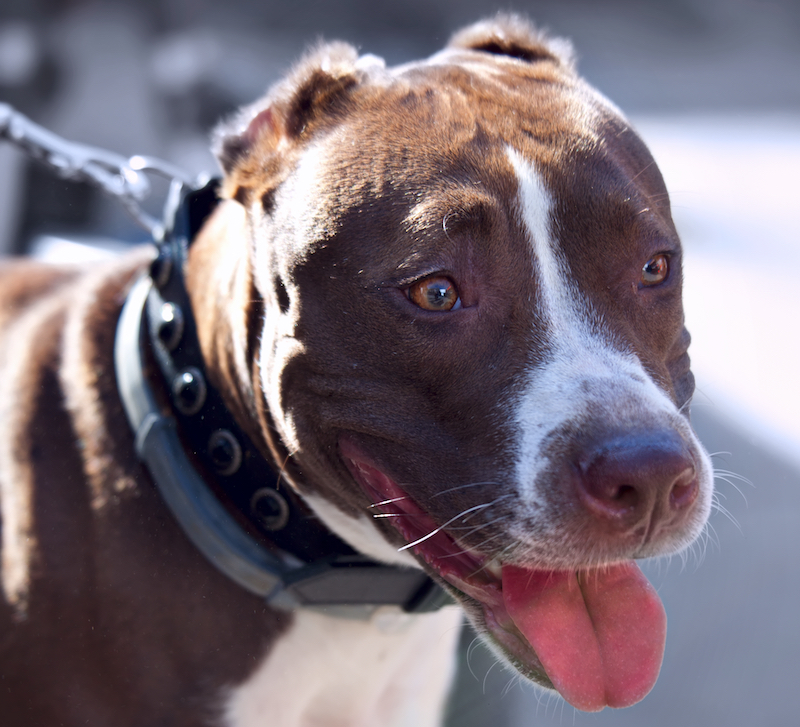 The Alapaha Blue-Blood bulldog, or Otto bulldog, is a rare dog with a largely undocumented history. Their exact genealogy and origin are not certain, but experts have a general idea of how the breed was developed.

What is an Alapaha Blue-Blood bulldog? The Alapaha blue-blood bulldog is a breed whose ancestry begins in England but was developed in the southern United States to be a herding and guard dog. While they are not well-known, they are an interesting breed with a distinct personality. Currently, they are not recognized as an official breed by any major kennel club.

Their unknown history and dutiful temperament make this breed unique. In this article, we will discuss the background, personality, and health of this breed as well as information on the importance of training.

Where did Alapaha Blue-Blood bulldogs come from?

The Alapaha Blue-Blood bulldog is thought to be a descendent of the now-extinct Old English Bulldog that was popular in England in the 1800s. Old English Bulldogs were used in bull-baiting until a law was passed in 1835 that banned the use of dogs for baiting and fighting.

Before the breed died out, they were brought to the United States, where they were once again used in bull and bear-baiting.

Multiple breeds were developed from the Old English bulldog, such as the Mountain Bulldog, and later on, the Alapaha Blue-Blood bulldog was created in the southern states using these descendent breeds.

They were bred to be farm dogs and were used for herding livestock. They were also guard dogs and companions for their families.

Since the 1800s, their numbers have grown and then decreased again but the breed never gained much popularity. As of 2001, there were only an estimated 120 to 150 individuals alive in the United States.

The exact history of this breed is largely unknown as they were not officially documented in the States until the 1970s when a breed association was formed to prevent extinction. A breed standard was finally established at the same time.

The Alapaha Blue-Blood bulldog was used in the formation of other breeds such as the American Pitbull Terrier, Black Mouth Cur, and the Catahoula Leopard Dog.

They are classified as a medium-sized breed. They have wide heads and medium-length snouts that measure two to four inches in length. A small underbite is present like other bulldog breeds. They have a stocky, muscular body that is built for stamina and smooth movement when running.

Unlike their English bulldog cousins, the Alapaha Blue-Blood bulldog’s legs should not be bowed at the elbows, but instead should be strait. They also have tails that are long and straight instead of the short, twisted tail of the English bulldog.

The standard color of this breed is a white coat with patches of black, brown, brindle, fawn, seal, red, or a shade of merle.

There is a rare variant of coloring called “harlequin” or blue-merle that describes a white coat with black spots or patches either all over the body or everywhere except the neck, chest, and stomach.

True harlequin coloring is very rare and present in only a handful of breeds, but there are quite a few breeds with the merle coat pattern that looks similar.

The merle gene, which is responsible for coat pattern and color and one out of two genes involved in harlequin coloring, can also affect eye color. Dogs with the merle gene have blue eyes or another uncommon color that differs from the typical brown eyes.

What is the Alapaha Blue-Blood bulldog personality?

The Alapaha Blue-Blood bulldog breed was developed to be a guard dog and herding dog for pigs and cows. Due to their background, they require daily exercise and frequent activities or “jobs” to perform.

They are territorial and protective of their family but are not supposed to be aggressive towards people in general. They are intelligent and devoted to their owners and require a high amount of attention.

This breed is not recommended for inexperienced or first-time dog owners due to the training and handling required. They (like all dog breeds) need proper socialization and training at an early age. They can be wary of strangers and aggressive towards unfamiliar dogs.

Overall, Alapaha Blue-Blood Bulldogs do well with children if they are raised in a family home. They can also be friendly towards cats and other pets in the house if they are introduced while the dog is young.

How do you train an Alapaha Blue-Blood bulldog?

Training an Alapaha Blue-Blood bulldog should begin while they are a young puppy. Owners should begin teaching their dogs almost immediately after bringing them home. This early training builds trust between pet and owner.

By teaching the bulldog desired behaviors and offering them a reward, they learn that interacting with their owner has a positive outcome. This increases trust and makes the relationship stronger, which in turn provides a foundation that future training is built upon.

An important topic to discuss when training is the idea of “dominance.” Be wary of information about training that mentions “dominance theory” or suggests that the dog is trying to be the “alpha” over the owner.

This is a disproven and outdated model of companion animal behavior and can be damaging to the relationship between pet and owner.

How can the dominance theory be damaging?

Oftentimes, trainers, breeders, or dog owners who endorse these theories promote methods of training that use positive punishment. This is the addition of something unpleasant that is meant to decrease the frequency of unwanted behavior.

For example, let’s say a dog is wearing a prong collar and sees a stranger and growls out of fear.

If the owner yanks the leash and causes the prong collar to tighten, their dog now associates that pain with the stranger they saw. Dogs do not understand that the pain means “stop,” they just associate the pain with seeing strangers.

On the other hand, if the dog growls and the owner offers a treat or a toy, the dog begins to learn that seeing a stranger means a reward is coming and form a positive association.

Offering a reward to an upset dog does not reward unwanted behavior, it redirects their attention from their negative emotion.

You may be wondering “Why is this so important?”

This difference in training is critical to know because Alapaha Blue-Blood bulldogs are an intelligent breed that may have a genetic predisposition to nervousness around strangers or aggression towards unfamiliar animals.

They require consistent training but it must be done correctly to ensure that they behave appropriately. Using punishment can easily make their nervousness or aggression worse instead of better.

Similar to training, early socialization is important. Introducing the dog to a variety of people and environments begins with the breeder before they are placed with their permanent family. Once the owner brings them home, socialization must continue throughout puppyhood.

Like training, meeting new people and seeing new places should always be a positive experience for the dog. Puppies are very impressionable and a bad experience could lead to a lifelong fear of a certain place, person, or situation.

There are a few genetic health conditions that affect the Alapaha Blue-Blood bulldog. Potential owners should be aware of the following issues when considering this breed:

Regular visits to the veterinarian and good preventative care ensure that any problems are discovered as early as possible and managed well.

Where can you get an Alapaha Blue-Blood bulldog?

Since the Alapaha Blue-Blood bulldog is not a breed that is officially recognized by a major kennel club, it can be a little difficult to find a reputable breeder.

The Alapaha Blue-Blood Bulldog Association (ABBA) is the registry for the breed and was founded in 1979 when people decided to officially document the breed and prevent it from disappearing completely.

The ABBA website lists a total of nine certified breeders in the United States. Since this registry is the only official registry for the breed, it is not recommended to purchase one of these bulldogs from any breeder who is not on the ABBA List.

The certified breeders are required to report any genetic conditions observed in puppies and spay or neuter them before placing them in homes so they are not used for further breeding.

ABBA also requires DNA testing of all dogs used for breeding and enforces other standards of health and care that breeders must meet.

When choosing where to buy a dog, select a breeder that happily answers questions, allows you to meet the parents of the litter, provides proof of registration with ABBA, and provides a safe and healthy environment for all of their dogs (no outdoor/basement/garage housing).

The Alapaha Blue-Blood bulldog has a loyal personality and is an intelligent breed. They learn quickly and enjoy having a task to perform. Due to these traits, they require consistent training and moderate amounts of exercise.

They make for a great companion for experienced dog owners that appreciate the unique bulldog breeds.